We are excited to announce the release of Spice.ai v0.3-alpha! 🎉

This release adds support for ingestion, automatic encoding, and training of categorical data, enabling more use-cases and datasets beyond just numerical measurements. For example, perhaps you want to learn from data that includes a category of t-shirt sizes, with discrete values, such as small, medium, and large. The v0.3 engine now supports this and automatically encodes the categorical string values into numerical values that the AI engine can use. Also included is a preview of data visualizations in the dashboard, which is helpful for developers as they author Spicepods and dataspaces. 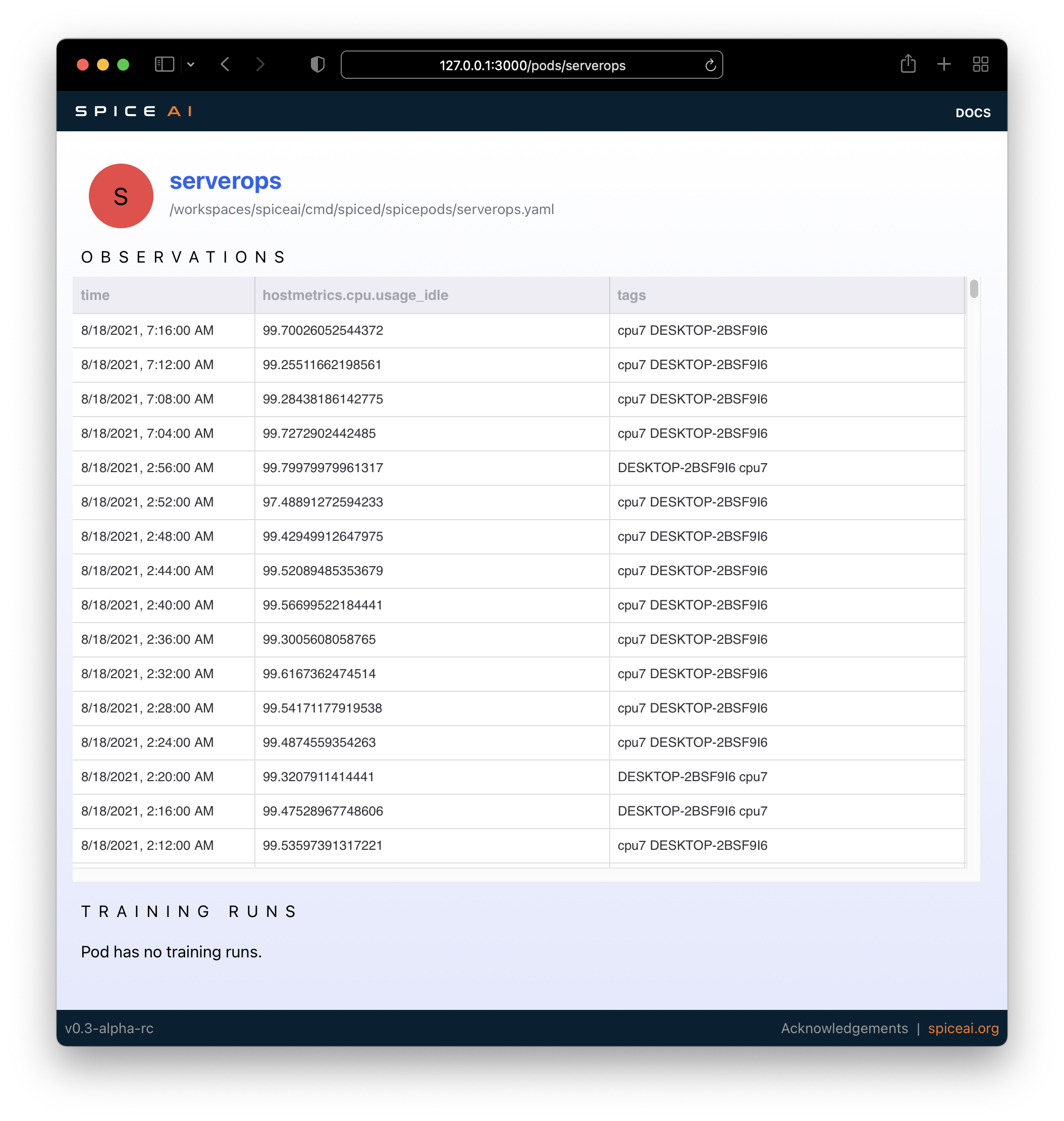 A screenshot of the data visualization preview

A special acknowledgment to @sboorlagadda, who submitted the first Spice.ai feature contribution from the community ever! He added the ability to list pods from the CLI with the new spice pods list command. Thank you, @sboorlagadda!!!

A screenshot of the new spice pods list command and output.

If you are new to Spice.ai, check out the getting started guide and star spiceai/spiceai on GitHub.

In v0.3, numerical data is now specified under measurements and categorical data under categories. E.g.

A top piece of community feedback was the ability to visualize data. After first running Spice.ai, we’d often hear from developers, “how do I see the data?”. A preview of data visualizations is now included in the dashboard on the pod page.

Once the Spice.ai runtime has started, you can view the loaded pods on the dashboard and fetch them via API call localhost:8000/api/v0.1/pods. To make it even easier, we’ve added the ability to list them via the CLI with the new spice pods list command, which shows the list of pods and their manifest paths.

A new Trader Sample has been added in addition to the Trader Quickstart. The sample uses the new Coinbase data connector to stream live Coinbase Pro ticker data for learning.