A special acknowledgment to @Adm28, who added the CLI upgrade detection and prompt, which notifies users of new CLI versions and prompts to upgrade. 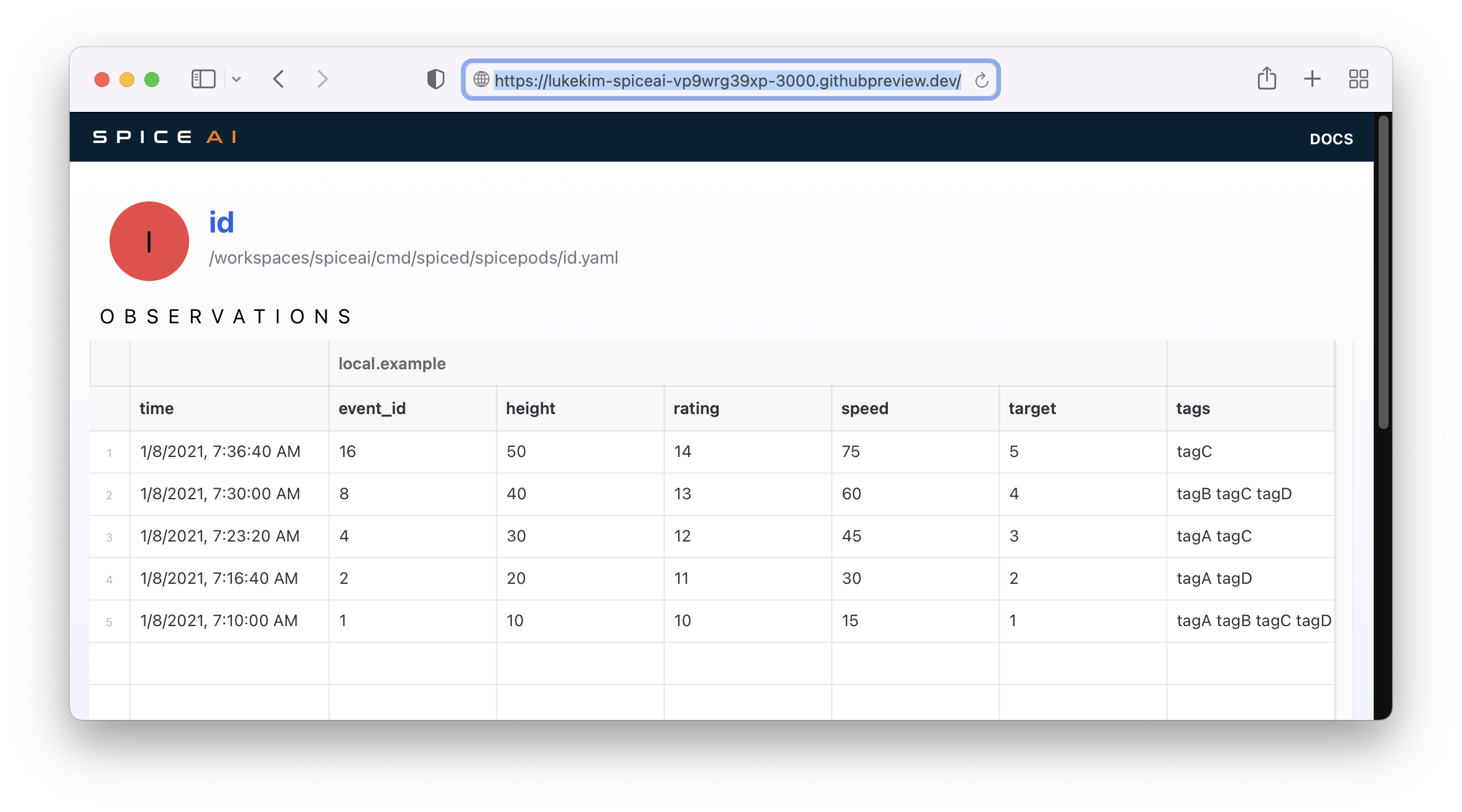 Overall training performance has been improved up to 13% by removing a lock in the AI engine.

In versions before v0.4.1-alpha, performance was especially impacted when streaming new data during a training run.

The dashboard observations datagrid now automatically resizes to the window width, and headers are easier to read, with automatic grouping into dataspaces. In addition, column widths are also resizable.

When it is run, the Spice.ai CLI will now automatically check for new CLI versions once a day maximum.

If it detects a new version, it will print a notification to the console on spice version, spice run or spice add commands prompting the user to upgrade using the new spice upgrade command.